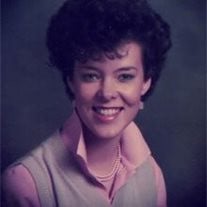 Ann Clark Gordon, was born on September 29, 1960, to James P. and Elaine (Moore) Forsythe, in Omaha, Nebraska, and departed this life, on January 14, 2018, at Nebraska Medicine, Omaha, Nebraska, having attained the age of, fifty-seven years, three months, and sixteen days. Ann was raised and schooled in Omaha, graduating with the class of 1978, from Westside High School. She enrolled at the University of Nebraska at Omaha for one year, then attended The Nancy Bounds International Modeling and Finishing School. For the next five years, Ann was under contract to The Nancy Bounds Modeling Agency. Ann worked in retail, at a bridal salon, and then as a manager in one of Hallmark's retail stores in the Omaha metro area. She met the Love of her life, Mickey L. Gordon, while he was stationed at Offutt Air Force Base. Their friendship grew, blossomed, and they were later married at Westside Presbyterian Church in Omaha on May 27, 1989. The Gordons' made their home in Plattsmouth in a house they built together. In the early nineteen nineties, their family grew with the addition of two daughters, Emily Ann, in nineteen ninety, and Natalie Lynn, in nineteen ninety three. It should be noted, when in choosing names for their daughters, Emily was given Ann's first name, and Natalie was given Mickey's middle name. The Gordons relocated to Plattsmouth in nineteen ninety-four, where they owned the Short Stop as well as the Gordon Court and Residential Rentals, of which Ann was the chief manager and financial partner, overseeing all those responsibilities, while Mickey was responsible for their property's upkeep and maintenance. Ann was active in civic affairs, where she was a member of the Plattsmouth Chamber of Commerce, attending its functions and fundraisers, as well as The Plattsmouth Conservancy, of which she especially enjoyed volunteering her time with the annual Victorian Dinner. The Gordons attended Hosanna Lutheran Church, where Ann was the church Secretary for three years. Emily and Natalie fondly remember going to the church and being greeted by their mother every afternoon after school dismissed. Ann leaves to mourn her passing, her husband of twenty eight years, Mickey L. Gordon of Plattsmouth, two daughters, Emily Ann Gordon, and her fiancee Adam Starman of Lincoln, NE, Natalie Lynn Gordon and her boyfriend, Michael Clausen Jr., also of Lincoln. She was proceeded in death by her parents, James and Elaine Forsythe, James in two thousand twelve , and Elaine in two thousand fourteen. Funeral Services for Ann will be conducted at Roby Funeral Chapel, Plattsmouth, on Thursday, January 18, 2018, at 2:00 pm. Visitations for Ann will be observed on Wednesday, January 17, 2018, from 1:00 pm to 9:00 pm, with her family present to greet relatives and friends, from 5:00 pm to 7:00 pm, at Roby Funeral Home. Memorials in honor of Ann's life, may be directed to Hosanna Lutheran Church, 700 s. 18th st. Plattsmouth, Ne, 68048. Funeral Services and Arrangements, are entrusted to Roby Funeral Home, 346 Avenue A, Plattsmouth, Nebraska 68048, phone(402)296-3123, Email: [email protected], Website: robyfuneralhome.com

Ann Clark Gordon, was born on September 29, 1960, to James P. and Elaine (Moore) Forsythe, in Omaha, Nebraska, and departed this life, on January 14, 2018, at Nebraska Medicine, Omaha, Nebraska, having attained the age of, fifty-seven years,... View Obituary & Service Information

The family of Ann Clark Gordon created this Life Tributes page to make it easy to share your memories.

Send flowers to the Gordon family.