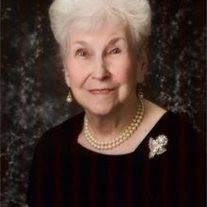 Corrine Case May 31, 1921 – September 19, 2013 Corrine Case Age 92 of Plattsmouth, Nebraska passed away on September 19, 2013 at Risen Son Christian Village in Council Bluffs, Iowa. Elma Corrine Case was born on May 31, 1921 to Elmer John and Vera Estelle (Propst) Hallstrom in Avoca, Nebraska. She was raised and schooled in Avoca, Nebraska. She started her treasure-making career at age nine, baking delicious birthday cakes from scratch for her parents and three younger brothers, Jack, Tom, and Bob. She graduated from Avoca High School with the class of 1939. In 1948, she married Raymond "Joe" Case. They were devoted to each other and parented seven children; they treated their spouses as family too. As a wife and mother, Corrine continued to make all kinds of delicious food for her family and friends. She baked holiday cookies, sugar Easter eggs, and decorated cakes for celebrations, brownies and bars for bake sales, and customized sheet cakes for school sports banquets. She loved to comfort her loved ones by baking for them in times of grief. Over the years Corrine made hundreds of wedding mints and thousands of school lunches. Corrine grew up playing cards, and even after she and Joe were married, before Kevin was born they drove to Avoca every weekend, to play pinochle with Vera and Elmer. Even Corrine's grandchildren have happy memories of sitting together eating cookies and playing cards for hours. She wrote cards too, and sent hundreds of letters for special events or just to say "I love you." In the last 20 years of her life, she enjoyed making these cards as well. Other treasures included making ceramics and knitted pieces. She kept her children, grandchildren, and community feeling so special and warm. Her whole life, Corrine Case was known for making treasures for the people she loved—and many would say she loved everyone she met. She had a smile and wave for all. Corrine was a member of the Church of the Holy Spirit, P.C.C.W., and the Catholic Daughters all of Plattsmouth, Nebraska. She is survived by her four sons: Drs. Kevin Case and wife Mary of Bellevue, WA, Colin Case and wife Joy of Hudson, WI, Shawn Case and wife Dori of Woodbury, MN, Shannon Case and wife Anne of Omaha, NE, Three Daughters: Nora Herzberg and husband Ed of Emerson, IA, Kerry Monahan and husband Mike of Plano, TX, Kelly Bowling and husband John of Bellevue, NE, eleven grandchildren: Mairead Case, Siobhan Case, Joseph Case, Colleen Case, Bridget Case, Ryan Monahan, Connor Case, Zoe Case, Mark Huebner, Jessie Hardt and husband Nick, Lauren Case and fiancé Christian Correa, Two Great Grandchildren: Myles Raymond Hardt and Charlie Marie Hardt, three brothers: Bob Hallstrom and wife Ethel of Syracuse, NE, Tom Hallstrom and wife Dorothy of Omaha, NE, Jack Hallstrom of Omaha, NE, and numerous nieces, nephews, cousins, and friends. Corrine was preceded in death by her parents: Elmer and Vera Hallstrom, husband: Raymond J. Case, sister-in-law: Nancy Hallstrom, and brother-in-law: Richard "Dick" Case. A Funeral Mass will be held at 10:30 AM, Tuesday, September 24, 2013 at Church of The Holy Spirit in Plattsmouth with Father Loras K. Grell officiating, Dr. Kevin Case as eulogist, Terry Little as vocalist, Laurie Hajek-Jones as organist, Ken Aylor and George Sachs as acolytes, and Mairead Case and Siobhan Case as lectors. The Pallbearers are Joseph Case, Steve Case, John Hallstrom, Robert Hallstrom, Tom Hallstrom Jr., Mark Huebner, and Ryan Monahan. The Honorary Pallbearers are Connor Case, Christian Correa, Rod Evanich, Nick Hardt, Tom Harmon, and Roger Roenfranz. The Candle Lighters will be Lauren Case and Jessie Hardt and the Gift Bearers will be the grandchildren. Visitations will be held from 1-9 PM, Monday, September 23, 2013 with family receiving relatives and friends from 5-7 PM at Roby Funeral Home in Plattsmouth, NE. There will be a Blessing during visiting hours at 6:30 PM with Father Loras K. Grell officiating and Tracey Broeckling providing comfort through music. Interment will be at Oak Hill Cemetery in Plattsmouth, NE with lunch following at St. John The Baptist School Auditorium in Plattsmouth, NE. In lieu of Flowers, the family suggests memorials to the Juvenile Diabetes Research Foundation, Cystic Fibrosis Foundation, and or the Plattsmouth Community Foundation.

The family of Corrine Case created this Life Tributes page to make it easy to share your memories.

Send flowers to the Case family.