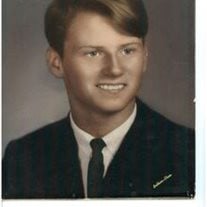 DAVID FRANK FARKAS 1951 - 2015 David Frank Farkas age 64 of Plattsmouth, NE passed away peacefully on Saturday, December 12, 2015 at the University of Nebraska Medical Center in Omaha, NE. He was born on August 6, 1951 to Anthony George and Dorraine Eloda (Cummins) Farkas in Muskegon, MI. He was raised and schooled in Muskegon and graduated from Oscoda Area High School in Oscoda, MI with the class of 1969. David enlisted in the US Air Force on March 31, 1970 and served his country for twenty years, retiring as a Master Sergeant on March 31, 1990. While in the Air Force, he was stationed at Kincheloe Air Force Base in Raco, MI; Francis E. Warren Air Force Base in Cheyenne, WY; Aviano Air Base in Italy; Grand Forks Air Force Base in Grand Forks, ND; Offutt Air Force Base in Bellevue, NE; England; and then he returned to Offutt Air Force Base in Bellevue. In 1984, David made his home in Plattsmouth, NE. While he was serving in the Air Force, he graduated from Parkview College in Missouri with a Bachelor's degree in Management. After retiring from the Air Force, he worked for the Nebraska Department of Health and Human Services for two years. Then he worked as an inspector for the Nebraska Department of Revenue Charitable Gaming Division until he medically retired in September of 2003. David was a member and past president of the Fraternal Order of Eagles Aerie #365 and a member of Hugh J. Kerns American Legion Post #56 both of Plattsmouth. He is survived by his daughter: Tina Warner and husband Paul of Plattsmouth, NE; two grandchildren: McKinnely and Rylee Warner both of Plattsmouth, NE; three sisters: Aneta Meyers of Oscoda, MI; Elizabeth Farkas of Muskegon, MI; Annette Farkas of Muskegon, MI; two brothers: Anthony Farkas Jr. of Muskegon, MI; Albert Farkas & wife Debbie of Muskegon, MI; numerous nieces, nephews, cousins, and many friends. David was preceded in death by his parents: Anthony and Dorraine Farkas and his sister: Anita Farkas. Visitations will be held from 1:00 to 9:00 P.M. with the family greeting relatives and friends from 6:00 to 8:00 P.M., Tuesday, December 15, 2015 at Roby Funeral Home in Plattsmouth. A Funeral Service will be held at 10:00 A.M., Wednesday, December 16, 2015 at Roby Funeral Home in Plattsmouth with Pastor Michael McGregor officiating. The Pallbearers will be Paul Warner, Jack Warner, Chris Warner, Keith Felthousen, Mitchell Shera, and Albert Tyler Farkas. The Honorary Pallbearer will be Anthony Farkas. Military Rites by Lepert Wolever V.F.W. Post #2543 of Plattsmouth. Final Resting Place will be at Oak Hill Cemetery in Plattsmouth. The family suggests memorials to American Heart Association.

DAVID FRANK FARKAS 1951 - 2015 David Frank Farkas age 64 of Plattsmouth, NE passed away peacefully on Saturday, December 12, 2015 at the University of Nebraska Medical Center in Omaha, NE. He was born on August 6, 1951 to Anthony George and... View Obituary & Service Information

The family of David Frank Farkas created this Life Tributes page to make it easy to share your memories.

Send flowers to the Farkas family.