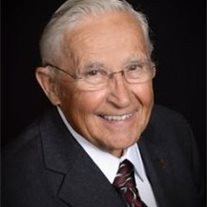 EDWARD CHARLES KROF 1938 – 2014 Edward "Sonny" Charles Krof age 76 of Beaver Lake, NE passed away peacefully on December 25, 2014 at the Bellevue Medical Center in Bellevue, NE. Sonny was born on October 2, 1938 to Edward Joseph and Amy Rose (Mahoney) Krof in Omaha, NE. He was raised and schooled in Omaha. He was baptized at St. John's Catholic Church in Omaha on December 7, 1941. He received his First Holy Communion at Sts. Peter and Paul Catholic Church on May 12, 1946. He was confirmed at St. Adalbert, Catholic Church on April 8, 1956. He attended Catholic grade school and graduated from Omaha South High School with the class of 1956 on June 8, 1956. Sonny attended college for one year and then he began working for his father at his father's plumbing business. He enlisted in US Air Force and served his country from 1961 until being honorably discharged in 1965. He met Kathleen Ann Rinn and they were later married to on August 11, 1962 and three daughters were born to that union. After serving in the Air Force, he returned home to Omaha and began his life's work as a plumber. Ed held various licenses in the mechanical trades as a Master Plummer, Unlimited Mechanical Master, Master Refrigeration, Master Hydronics among others. He met Joann K. Krumwied and they were later married on April 30, 1983. Ed had worked for his father and later he was in business for himself. He met Marlene Ann Harrington and they were later married on March 23, 2006 at Beaver Lake, NE. Ed taught his trade expertise at Metropolitan Community College in Omaha for over twenty years. As a high school student, Ed was a member of the Civil Air Patrol, he was also a member of Hugh J. Kerns American Legion Post #56 of Plattsmouth, Alcoholics Anonymous (celebrating 40 years of sobriety in August of 2014), and the Calix Society (40 year member and he was a board member at the time of his passing). Sonny is survived by his wife: Marlene Krof of Beaver Lake, NE, seven daughters: Channon Betz, Charlene Johnston, Christine Krof, Chris Menpace, Jackie Hytrek, Geri Blackledge, Jeanine Brown, numerous grandchildren and great grandchildren, brother: Thomas Krof, sister: Mary Lou Mahoney, numerous nieces, nephews, cousins, and many friends. He was preceded in death by his parents: Edward and Amy Krof. Visitation will be held from 5:00 to 7:00 P.M., Monday, December 29, 2014 at Church of The Holy Spirit in Plattsmouth, NE. Rosary Service will be held at 7:00 P.M., Monday, December 29, 2014 at Church of The Holy Spirit. Memorial Mass will be held at 10:30 A.M., Tuesday, December 30, 2014 at Church of The Holy Spirit with Father Loras K. Grell and Father David Azambawu officiating, Rebekah Weiland as lector, Pat Carol as acolyte, and Jolene Rogge as organist. Final Resting place is at the Bohemian Cemetery in Omaha. Memorials to the family (A suitable charity will be chosen at a later date).

The family of Edward Charles "Sonny" Krof created this Life Tributes page to make it easy to share your memories.