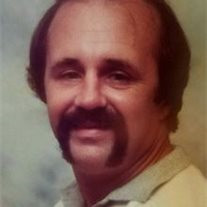 EDWIN FREDERICK TRIVELY 1949 – 2016 Edwin "Ed" Frederick Trively age 75 of North Bend, NE formerly of Bellevue, NE passed away peacefully on Thursday, May 19, 2016 at Birchwood Manor in North Bend, NE. He was born on September 18, 1949 to Kenneth Edwin and Vivian Margaret (Young) Trively in Plattsmouth, NE. Ed was raised and schooled in Plattsmouth and graduated from Plattsmouth High School with the class of 1967. After graduating from high school, he enlisted in the US Army and served his country during the Vietnam War from 1968 to 1971. After serving his country, he returned to Bellevue, NE, where he made his home and began his career as a painter. He worked as a contract painter for thirty one years, until 2002 when he medically retired. Ed was huge Nebraska Cornhuskers fan, Go Huskers! Ed is survived by his daughter: Vanessa Gillette and husband Douglas of Bellevue, NE; one granddaughter: Ella Gillette; brother: Kenneth Trively of Plattsmouth, NE; sister: Stacey Tschirren of Plattsmouth, NE; numerous nieces, nephews, cousins, and many friends. He was preceded in death by his parents: Kenneth and Vivian Trively, his nephew: Clay Burns, and brother-in-law: Gene Tschirren. A Memorial Service will be held at 7:00 P.M., Wednesday, May 25, 2016 at Roby Funeral Home in Plattsmouth with Pastor James Jost officiating. His final resting place will be at Young Cemetery in Plattsmouth. The family suggests Memorials to Disabled American Veterans.

The family of Edwin "Ed" Frederick Trively created this Life Tributes page to make it easy to share your memories.