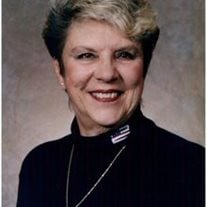 IMOGENE DORA SCHIBER 1935 - 2015 Imogene Dora Schiber age 80 of Denver, CO formerly of Plattsmouth, NE passed away on Tuesday, September 8, 2015 at Exempla Saint Joseph Hospital in Denver. Imogene was born on January 25, 1935 to Oliver Arnold and Minnie Mary (Rieke) Schiber in Murray, NE. She was raised on her family's farms in rural Union, NE and later in rural Plattsmouth, NE. She graduated from Plattsmouth High School with the class of 1952. After graduating from high school, she attended an airline school and worked for various insurance companies in Omaha, NE. She moved to Miami, FL and worked at Mount Miami Light and Power. Then, she started working in the air travel industry for airline companies in Miami. She returned to Plattsmouth and started working for United Airlines in Omaha. Imogene continued working for United Airlines in San Francisco, CA and later in Denver where she worked in the maintenance department until she retired in the 1990's. Imogene loved to travel, she went on many cruises, traveled to Rome, Italy and Jerusalem, Israel to name few. She enjoyed doing arts and crafts and attending church. Imogene loved visiting her family in Nebraska and eating a good Nebraska steak. She was a Nebraska Cornhusker and Denver Broncos fan. Imogene enjoyed spending time with her many friends at the Windsor Gardens retirement community in Denver. She was a member of Colorado Avenue Bible Church in Denver. Imogene is survived by her brother: Oliver Schiber and wife Lucille of Union, NE, numerous nieces, nephews, cousins, and many friends. She was preceded in death by her parents: Oliver and Minnie Schiber. A Graveside Service will be held at 10:00 A.M., Thursday, September 17, 2015 at East Union Cemetery in rural Union with Pastor Lane Bailey officiating. The Pallbearers will be Ayme Barry, Andre Barry, Charles Barry, Krista McVay, Kevin Wagner, and Brandi Walters. The family suggests Memorials to the Colorado Avenue Bible Church, 10300 E. Colorado Ave., Denver, CO 80247.

The family of Imogene Dora Schiber created this Life Tributes page to make it easy to share your memories.

Send flowers to the Schiber family.