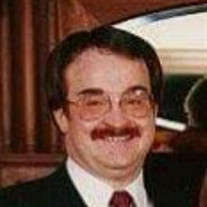 JAMES JOSEPH WATERMAN 1944 – 2020 James “Jim” Joseph Waterman, age 75 of Lincoln, NE passed away on Monday, October 5, 2020 at Homestead Rehabilitation Center in Lincoln. He was born on October 29, 1944 to Vernon Lawrence and “Mary Kay” Katherine (Wiles) Waterman in Omaha, NE. James was raised and schooled in Plattsmouth, NE and he graduated from Plattsmouth High School with the class of 1962. He attended the University of Nebraska where he was a member of ROTC. Jim graduated UNL with a Bachelor’s degree in business. James enlisted in the U.S. Air Force and he proudly served his country during the Vietnam War. After being honorably discharged from the Air Force, Jim returned to Omaha and began a lengthy career in the field of banking. Jim began working at the Omaha National Bank and then moved to Kansas City and accepted a position with United Bank of Missouri. Jim started as the supervisor of the teller line, and filled many positions as his career advanced him to a Division Head in Bank Operations. He was made Senior Vice President and Head Cashier of the bank and its many branches where he continued until he retired after undergoing a quadruple bypass in 1996. James was a member of Covert Masonic Lodge #11 A.F. & A.M. and the Tangier Shriners both of Omaha. He was also a member of the Elks Lodge and would walk in numerous parades as “Elroy Elk”. He was a clown for the Shriners known as “Winkkee”. He volunteered at Midlands Hospital for ten years. Jim liked watching Husker Football and also liked the occasional whiskey sour. He was a gentle soul that cared about how people were treated. He had a big heart and loved his family He is survived by his step-son: Dan McElroy and wife Michelle of Kansas City, MO; two step-granddaughters: Carrie and Caitlin McElroy; his ex-wife: Nita Waterman of Kansas City, MO; three sisters: Katie Crill of San Clemente, CA; Marge Keasling and husband Fred of Lincoln, NE; Betsy Gubbels and husband Darrell of Franktown, CO; three brothers: David Waterman and wife Debbie of Shell Knob, MO; Rob Waterman and wife Liz of Lexington, NE; John Waterman of Bellevue, NE; his sister/cousin: Kit Howe of Papillion, NE; numerous nieces, nephews, cousins, and many friends. James is preceded in death by his parents: Vernon and Mary Kay Waterman and his sister: Karyn Lee Waterman. A Funeral Service will be held at 11:00 A.M., on Saturday, October 10, 2020 at Roby Funeral Home in Plattsmouth with Rev. Lee Wigert officiating. The Pallbearers will be Jeffrey Keasling, Christopher Cooper, Joseph Waterman, David Waterman, Rachel Gubbels, and Dan McElroy. The Honorary Pallbearers will be Robert Waterman, Dave Waterman, Fred Keasling, Darrell Gubbels, Adam Gubbels, Mary Kay Gubbels and Brian Constantine. Military Rites will be conducted by the Offutt Air Force Base Military Rites Team of Bellevue, NE. James’s Final Resting Place will be at Pleasant Ridge Cemetery in Plattsmouth. Memorials to the Family (A suitable charity will be chosen at a later date). Services entrusted to Roby Funeral Home, 346 Ave. A, Plattsmouth, NE 68048 (402) 296-3123 robyfuneralhome.com

The family of James Joseph Waterman created this Life Tributes page to make it easy to share your memories.

Send flowers to the Waterman family.