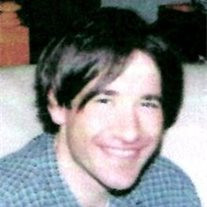 JASON ALAN KRAEGER 1970- 2015 Jason Alan Kraeger age 44 of Bridgeport, NE peacefully passed away on Wednesday, May 27, 2015 in Bridgeport, NE. He was born on June 8, 1970 Alan and Suzi (Haith) Kraeger in Nebraska City, NE. He received his early education in the Plattsmouth Nebraska Community Schools. He graduated from Daniel Gross Catholic High School in Omaha, NE with the class of 1988. Jason also graduated Cum Laude from the University of Nebraska at Kearney in 1994 and attended the University of Nebraska, College of Law until health issues forced him to withdraw. He later earned a Bachelor of Science in Education from Chadron State College and was currently studying Education for Ministry in Auburn, NE. Jason served his country in the United States Coast Guard, and was honorably discharged in 1990. He was an avid cyclist riding 50-60 miles many days and also a century rider. Cycling was his passion and key factor in being a 19-year cancer survivor. He will be remembered for his courage, compassion, kindness, integrity, character, helpfulness, sense of humor, and his deep love for others, most especially his daughter Lilly. May we all be enriched, empowered, and encouraged by his living example. Jason is survived by his parents: Jim and Suzi Calder of Bridgeport, NE, his daughter: Lilly of State College, PA, his two sisters: Alison Bonner and husband Patrick of Auburn, AL, Elizabeth Calder of Bridgeport, NE, niece: Haven, two nephews: Cash and Bentley, numerous aunts, uncles, cousins, and many friends. Jason was preceded in death by his father: Alan Kraeger, his paternal grandparents: Albert and Bernice Kraeger, and his maternal grandparents: Carl and Margaret Haith. A Memorial Service was held at 2:00 P.M., Saturday, June 13, 2015 at St. Francis Episcopal Church in Bridgeport with Father Mark Selvey officiating. A Graveside Service will be held at 10:30 A.M., Friday, Ju27 27, 2015 at Oak Hill Cemetery in Plattsmouth, NE with Rev. Phillip Chapman officiating. In lieu of flowers a memorial has been established to help fund his daughter's education. Contributions may be mailed to P.O. Box 966, Bridgeport, NE 69336.

The family of Jason Alan Kraeger created this Life Tributes page to make it easy to share your memories.

Send flowers to the Kraeger family.