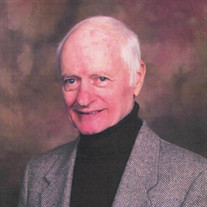 JOHN RICHARD DOLLY 1934 – 2021 John Richard Dolly age 87 of Plattsmouth, NE passed away on Thursday, December 23, 2021 at the Bellevue Medical Center in Bellevue, NE. John was born on April 7, 1934 to John and Mary (Curran) Dolly in Omaha, NE. He was raised and schooled in Omaha and he graduated from Technical High School with the class of 1952. After graduating from high school, John enlisted in the U.S. Air Force and he proudly served his country for four years during the Korean War from 1952 until 1956. After serving his country, John and his brother owned and operated the A&W Root Beer Stand in Fort Madison, IA. In the early 70’s he returned to Omaha. John met the love of his life, Marilyn Irene Warga at a swim meet in high school and they later married on June 9, 1973 in Plattsmouth. John and Marilyn made their home in Plattsmouth and John managed the Plattsmouth Country Club until it closed in the early 90’s. He was a member of Lepert Wolever V.F.W. Post #2543 and the Fraternal Order of Eagles Aerie #365 both of Plattsmouth. John is survived by his wife: Marilyn Dolly of Plattsmouth, NE; two sons: Mike Slater and with wife Christine of Sun City, AZ; James Slater and with wife Tammi of Bellevue, NE; three grandchildren: Nathan Slater and with wife Giovanna, Julie Slater, and Caressa Slater; three great grandchildren; his sister: Gerry Ann Dethleft of Omaha, NE; numerous nieces, nephews, cousins, and many friends. He was preceded in death by his parents: John and Mary Dolly, two brothers: Eugene Dolly and Thomas Dolly, and his brother-in-law: Duane Dethleft. A Rosary will be held at 10:30 A.M. on Tuesday, January 18, 2022 at the Church of the Holy Spirit in Plattsmouth. A Memorial Mass will be held at 11:00 A.M. on Tuesday, January 18, 2022 at the Church of the Holy Spirit with Father Michael Houlihan officiating and Terry Little as vocalist. His Final Resting Place will be at Holy Sepulchre Cemetery in Plattsmouth. The Family suggests Memorials to Donor’s Favorite Charity. Services are entrusted to Roby Funeral Home, 346 Avenue A, Plattsmouth, NE 68048 (402) 296-3123 [email protected] www.robyfuneralhome.com

The family of John Richard Dolly created this Life Tributes page to make it easy to share your memories.

Send flowers to the Dolly family.