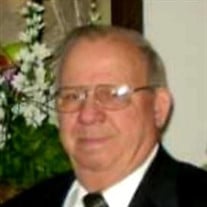 JOHN ALBERT WARSING 1934 – 2020 John Albert Warsing, age 85 of Plattsmouth, NE peacefully passed away Saturday, March 7, 2020 at his home. He was born on was born July 30, 1934 to Mary E. Samec and Walter S. Warsing in Johnstown, PA. John met his first wife Darlene Agnes MacKenzie in Euclid, OH, after returning from the Korean War. They were married on September 18, 1955. They raised five children together, two daughters Laurel and Misty, followed by three sons, John Jr., Mark, and David. The family moved from Ohio to Arizona in the 1960’s where John’s entrepreneurial streak kicked in. He spent the next few decades running his construction and demolition company in Phoenix, AZ. He was a part of many organizations including the Maricopa County Sheriff’s Volunteer Posse. In 1986, John and Darlene moved to Woodstock, VA where John continued his demolition work and was among the first to spearhead the recycling movement becoming involved with the Friends of the Shenandoah River where he was recognized for his efforts in the preservation and protection of the River. In 2004, John and Darlene made Plattsmouth, NE their home. After Darlene passed away in 2005, John continued his work in demolition, facing the daunting task of clearing the homes destroyed by Hurricane Katrina in New Orleans. In 2006 John married the second love of his life Betty Tescok (Mills) of Port Alleghany, PA. John and Betty became actively involved in the Plattsmouth Community. John had a love for civic duty and his highest honor was serving as the Cass County Commissioner from January 2013 until January 2017. His greatest passion was serving as an advocate and supporter of the Plattsmouth Police and Fire Departments. He was a champion of the Men and Women who put their lives on the line for the citizens of Plattsmouth and Cass County. He and Betty hosted many luncheons and fundraisers for the departments and donated both time and money to help advance the department’s needs. Never one to slow down John and Betty opened Plattsmouth Pickers Paradise in 2016 at the young age of 81. He is survived by his wife: Betty Warsing of Plattsmouth, NE; daughters: Laurel McLane of Omaha, NE; and Misty Stine of Plattsmouth, NE; and sons: John Warsing Jr. of Plattsmouth, NE; and Mark Warsing of Littlefield, TX; 7 grandchildren; 15 great grandchildren; 2 great great grandchildren; and a multitude of family and friends. He was preceded in death by his parents: Walter and Mary Warsing, his son: David, first wife: Darlene, and granddaughter: Lexie Wood. A Visitation for John will be from 1:00 to 9:00 P.M., with family greeting relatives and friends from 6:00 to 8:00 P.M., on Thursday, March 12, 2020 at Roby Funeral Home in Plattsmouth. A Funeral Service will be held at 10:00 A.M., Friday, March 13, 2020 at Hosanna Lutheran Church in Plattsmouth with Pastor Jim Spanjers officiating. The Pallbearers will be Plattsmouth Police Department Members: Chief Rathman, Captain Crick, Sergeant Burnett, Sergeant Richter, Officer Petersen, and Officer Thomas. The Honorary Pallbearer will be Reed Richter. Military Rites will be conducted by the Nebraska Army National Guard, Military Funeral Honor Guard. John’s Final Resting Place will be at Oak Hill Cemetery in Plattsmouth. The family suggests Memorials to the Fraternal Order of Police Lodge #34. Services Entrusted to Roby Funeral Home, 346 Ave. A, Plattsmouth, NE 68048 (402) 296-3123 robyfuneralhome.com

The family of John Albert Warsing created this Life Tributes page to make it easy to share your memories.

Send flowers to the Warsing family.