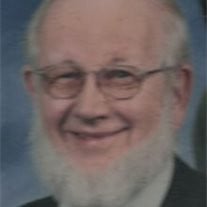 JOSEPH MOECK 1931 – 2018 Joseph Moeck age 86 of Plattsmouth, NE passed away on Monday, April 9, 2018 at Plattsmouth Care and Rehabilitation Center. Joseph was born on July 9, 1931 to Adam and Angela (Anthony) Moeck in Cieszyn, Poland. He was raised and schooled in Cieszyn. After WWII Joseph's father, Adam was smuggled out of Poland. Joseph and his family later followed him on the last train out of Poland before the communists closed the border. In 1953, Joseph and his family made their home in Canada until, 1971 when they moved to Oregon. Joseph met Dixie Rae Billings and they were later married on December 22, 1971 in Reno, NV. Joseph and Dixie made their home and raised their children in Oregon until 2004 when they moved to Plattsmouth. Joseph had worked as a school teacher for seventeen years and later he worked as a Claims Representative for the State of Oregon Workers Compensation for ten years. He enjoyed spending his free time raising fancy pheasants and photography. He was a member of St. Paul's United Church of Christ in Plattsmouth. Joseph is survived by his wife: Dixie Moeck of Plattsmouth, NE; three daughters: Esther Rohr of Alberta, Canada; Sharon Snow and husband Paul of Ontario, Canada; Nancy Jones and husband Mike of Stayton, OR; one son: Scott Moeck and wife Belinda of Chapin, SC; ten grandchildren; four great grandchildren; sister: Trudy Richter and husband Walter of Phoenix, AZ; two brothers: Henry Moeck of British Columbia; Edward Moeck and wife Miaja of Ontario, Canada; numerous nieces, nephews, cousins, and many friends. He was preceded in death by his parents: Adam and Angela Moeck and his son: John Moeck. Visitations will be held from 4:00 to 6:00 P.M., Monday, April 16, 2018 at Roby Funeral Home in Plattsmouth. Funeral Service will be held at 2:00 P.M., Tuesday, April 17, 2018 at First Christian Church in Downs, KS with Pastor Dave Hardy officiating and Connie Jo Hardy as vocalist. The Pallbearers will be Allen DeForest, Robert Hull, Scott Moeck, Tony Billings, Paul Billings, and David Billings. His final resting place will be at Oakdale Cemetery in rural Downs, KS. The Family suggests Memorials to St. Paul's United Church of Christ in Plattsmouth. Services are entrusted to Roby Funeral Home, 346 Ave. A, Plattsmouth, NE 68048. (402) 296-3123 robyfuneralhome.com

The family of Joseph Moeck created this Life Tributes page to make it easy to share your memories.

Send flowers to the Moeck family.