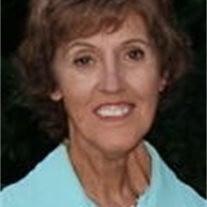 KAREN SUE WATERS 1943 – 2013 Karen Sue (Mann) Waters Age 70 of Beaver Lake, NE passed away on Monday, December 16, 2013 at Bellevue Medical Center in Bellevue, NE. Karen Sue (Mann) Waters was born on January 3, 1943 to Marion Lee Sr. and Matilda Jane (Heidinger) Mann in Fairfield, IL. She was raised in Rochelle and DeKalb, IL. Karen graduated from DeKalb High School with the class of 1961. After high school, she attended Northern Illinois University, graduating in 1965 with a degree in Elementary Education. While at Northern she met the love of her life, Paul Allen Waters. They were married on August 14, 1965 in Rock Falls, IL. In 1966, Karen and Paul moved to NE. They lived in Lincoln, Omaha, and in 1975 moved to Beaver Lake. Over the years, Karen taught for several school districts. She finished her career at Conestoga Elementary School, retiring in 2002, after 25 years with the district. Karen loved being outside and could often be found biking, hiking, playing tennis, bird watching, gardening, at the beach, star gazing, or taking beautiful pictures of her surroundings. Karen also loved to travel. She was fortunate to take many wonderful trips with Paul to amazing places around the world. One of her favorites was Dartmoor National Park, England. She passed along her love for the outside to her family, friends, and many of her elementary school students. It gave Karen great pleasure to spend time with her family and friends. She loved her visits with her grandchildren and created many special memories with them. Many miles were put on the car driving back and forth to North Platte, NE and Illinois to see family. She looked forward to her weekly tennis matches with friends and the lunches and shopping that followed. Karen also enjoyed getting together with all of her teacher friends and the "Gossip Girls". Karen was a loyal Husker fan, and loved watching and attending the games. Karen was active in the community. She was a member of the Murray-Beaver Lake Lions Club, Cass County Retired Teachers Association, and the Murray Presbyterian Church. She is survived by her husband: Paul Waters of Beaver Lake, NE, two daughters: Michelle Waters of Omaha, NE, Angela Miller and husband Eric of North Platte, NE, two grandchildren: Alexander Miller and Emily Miller, two brothers: Marion Mann Jr. and wife Patricia of Rochelle, IL, Frank "Sonny" Mann and wife Kathy of Safety Harbor, FL, and numerous nieces, nephews, cousins, and friends.  She was preceded in death by her parents: Marion Sr. and Matilda Mann and sister: Mary Joan Rosenberg. A Memorial Service will be held at 10:30 A.M., Monday, December 23, 2013 at Murray Presbyterian Church in Murray, NE with Pastor Jeff McDonald officiating. Visitations will be from 1-9 P.M. with family receiving relatives and friends from 6-8 P.M., Sunday, December 22, 2013 at Roby Funeral Home in Plattsmouth, NE. Interment will be at a later date at Oak Hill Cemetery in Plattsmouth, NE. The family suggests memorials to Cass County Historical Society, Fontenelle Forest, and/or Murray Fire and Rescue.

The family of Karen Sue Waters created this Life Tributes page to make it easy to share your memories.

Send flowers to the Waters family.