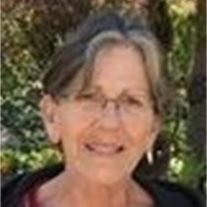 KATHLEEN A. WONDRA February 10, 1949 – July 20, 2017 Kathleen "Kathy" A. (Wensien) Wondra age 68 of Plattsmouth, NE passed away on Thursday, July 20, 2017 at Nebraska Medicine – Bellevue in Bellevue, NE. She was born on February 10, 1949 to James Adolf and Betty Ilene (Brown) Wensien in Auburn, NE. Kathy was raised and schooled in Plattsmouth. She graduated from Plattsmouth High School with the class of 1968. After graduating from high school, she lived in California, Washington, and Nebraska. She met Charles Lee Wondra and they were later married on May 18, 1978 in Plattsmouth. Kathy and Charlie made their home and raised their children in Plattsmouth. She was a wife, stay at home mom, and a homemaker. Kathy was an avid bowler and she had worked at Li-Mi-Rick Lanes in Plattsmouth. She enjoyed volunteering her time at the Plattsmouth Animal Shelter and Happy Paws, saving and fostering over two hundred and fifty kittens in the last six years. She was a member of Lepert Wolever V.F.W. Post #2543 Auxiliary in Plattsmouth. Kathy is survived by her son: Michael Baburek and wife Jamie of Portland, ME; two daughters: Shelley Bragg and husband Todd of Omaha, NE; Christine Scott and husband Cory of Plattsmouth, NE; son in law: Brian Everheart of Little Elm, TX; six grandchildren: Kathryn Baburek; Madison Bragg; Emily Bragg; Riley Bragg; Alex Bragg, and Macie Scott; sister: Debbie Clark and husband Butch of Plattsmouth, NE; brother: James Wensien and wife Joy of Omaha, NE; special friend: Jack Neal of Omaha, NE; numerous nieces, nephews, cousins; and many friends. She was preceded in death by her parents: James Wensien and Betty Snodgrass, husband: Charles Wondra, and her daughter: Sherri Everheart. A Graveside Memorial Service will be held at 10:00 A.M., Friday, July 28, 2017 at Oak Hill Cemetery in Plattsmouth with Pastor Michael Lincoln officiating. The family suggests Memorials to Happy Paws. Services are entrusted to Roby Funeral Home, 346 Ave. A, Plattsmouth, NE 68048. (402) 296-3123 robyfuneralhome.com

The family of Kathleen "Kathy" A. Wondra created this Life Tributes page to make it easy to share your memories.

Send flowers to the A. Wondra family.