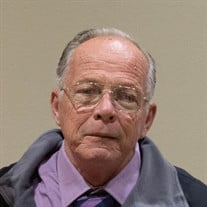 MARLIN DALE LINGLE JR. 1947 – 2022 Marlin Dale Lingle Jr. age 74 of Plattsmouth, NE passed away on Saturday, January 15, 2022 at the Nebraska Medical Center in Omaha, NE. He was born on August 31, 1947 to Marlin Dale Sr. and Lydia Ann (Gaul) Lingle in Reading, PA. He was raised and schooled in Middletown, PA and he graduated from Hershey High School with the class of 1965. After graduating from high school, Marlin enlisted in the U.S. Air Force and he proudly served his country during the Vietnam War and for twenty years from 1966 until 1986. When Marlin was nine or ten years old he met the love of his life, Mary Evelyn Nelson and they were later married on March 17, 1968 in Middletown, PA. Marlin and Mary made their home in many different locations while Marlin served his country in the U.S. Air Force. In 1970, they settled in Plattsmouth, when Marlin was stationed at Offutt Air Force Base in Bellevue, NE. After Marlin retired from the Air Force, he was a partner in Independence Auto in Plattsmouth. He later sold his part of Independence Auto to his partner. Marlin went back to Pennsylvania to help his parents. After returning from Pennsylvania, Marlin worked for the Plattsmouth Bridge Company. Marlin is survived by his two sons: Dale Lingle III and wife Michelle of Glenwood, IA; Bret Lingle and wife Laura of Bellevue, NE; his daughter: Tammy Jones of Papillion, NE; six grandchildren: Chris Lingle and wife Alechia, Nyssa Summer and husband Randy, Logan Lingle and wife Amy, Zoe Lingle, Tristin Lingle and Lexie Jones; two great grandchildren: Ayden and Logan Lingle; his brother: Larry Lingle and wife Tammy of Middletown, PA; his nephew: Curtis Lingle; and many friends. He was preceded in death by his parents: Marlin Sr. and Lydia Lingle, two grandchildren: Dexter and Codie Lingle, and his wife: Mary Lingle. A Graveside Memorial Service will be held at 10:00 A.M., on Friday, May 13, 2002 at Omaha National Cemetery. His Final Resting Place will be at Omaha National Cemetery in Omaha, NE. Military Rites will be conducted by the Offutt Air Force Base Honor Guard, Military Funeral Honors Team of Bellevue, NE. The family suggests Memorials to the Donor's Favorite Charity. Services are entrusted to Roby Funeral Home, 346 Avenue A, Plattsmouth, NE 68048 (402) 296-3123 [email protected] www.robyfuneralhome.com

The family of Marlin Dale Lingle Jr. created this Life Tributes page to make it easy to share your memories.

Send flowers to the Lingle family.