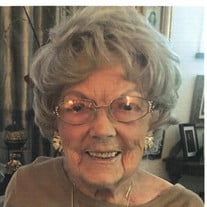 MAROLYN RUTH ROBSON 1927 – 2021 Marolyn Ruth (Donohoe) Robson, age 93 of Plattsmouth, NE formerly of York, NE passed away on Sunday, May 2, 2021 at the Hillcrest Health and Rehab in Bellevue, NE. She was born on July 27, 1927 to Owen LeRoy and Dorothy Ardith (Dickinson) Donohoe in Bozeman, MT. Marolyn was raised and schooled in Stella, Giltner, Doniphan, and York, NE. She graduated from York High School with the Class of 1944. She attended York College from 1945-46. Then she worked as a dental assistant at Dr. Lyle Zurst from 1946 until 1949. Marolyn met the love of her life Donald “Don” L. Robson and they later married on September 13, 1947 in York. Marolyn and Don enjoyed 53 years of marriage, they made their home in York for 51 years and then in Hampton, NE for two years. Marolyn’s hobbies included interests that lead to community activities. Marolyn was a member of First United Methodist Church in York and she was active and held many offices in the Methodist Women’s organizations. She was dedicated to serving in many organizations, Marolyn was a 50 years member of the Martha Washington Order of the Eastern Star Chapter #153 in Lincoln, NE, past Queen of Daughter of the Nile Naphis Temple #66 of Lincoln from 1987-1988, and she was a member of the Shrine Widows, the Social Order of Beauceant, and the Benevolent Patriotic Order of Does. Marolyn was also a member the Meridian Nile Club in York and the B.P.W. She held the district office in the League of Women Voters as a delegate. She was a member of the Nebraska Commission Status of Women for six years holding many positions at the local and state levels. Marolyn was the chair for two years and she served under Gov. Charles Thone and Gov. Bob Kerry. She was president of the Yorkshire Playhouse Board of Directors for ten years and the producer of several productions. She was the state officer for the Nebraska Association of Community Theater. Marolyn was the district officer for I.S.D.A. (Investigating System for Domestic Abuse). She facilitated workshops at the N.C.C.W. (Nebraska Correctional Center for Women) mentoring women in the M.O.L.D. program (Mother Offspring Life Development). Marolyn also gave the address to graduating women at the N.C.C.W. She is survived by her two sons: Robin L. Robson and wife Elizabeth Gail Bracy-Robson of Omaha, NE; Brian D. Robson and wife Mary of Neola, IA; eleven grandchildren; numerous great grandchildren; two sisters: Carolyn “Carole” Garretson of Shelley, ID; Ellen Silvers of Las Vegas, NV; numerous nieces, nephews, cousins, and friends. Marolyn was preceded in death by her parents: Owen and Dorothy Donahoe, husband: Donald Robson, and her son: Donald B. Robson. The Funeral Service will be held at 10:00 A.M., on Thursday, May 6, 2021 at Roby Funeral Home in Plattsmouth with Pastor Chris Abbott officiating. The Honorary Pallbearers will be James Allen, Ryan Boesen, Mike Buchardt, Miles Kliewer, Vince Kunasek, Barry Redfern, Jay Robson, and Tom Robson Jr. Interment will be 1:00 P.M., Thursday, May 6, 2021 at Greenwood Cemetery in York, NE. Memorials may be sent to The Nebraska Masonic Home. Services are entrusted to Roby Funeral Home, 346 Avenue A, Plattsmouth, NE 68048 (402) 296-3123 [email protected] www.robyfuneralhome.com

The family of Marolyn Ruth Robson created this Life Tributes page to make it easy to share your memories.

Send flowers to the Robson family.