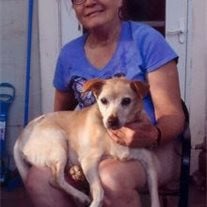 MARY JOANN MATHER 1954 – 2015 Mary Joann (Olson) Mather age 61 of Plattsmouth, NE passed away on Friday, October 2, 2015 at her residence. She was born on May 18, 1954 to Harold Murell and Gwendolyn Elaine (Langley) Olson in Sioux City, IA. She was raised and schooled in Sioux City. She met and later married Ralph "Sonnie" Duane Mather on July 14, 1972 in Mankato, KS. Mary and Sonnie made their home and raised their children in Nebraska City, NE and Plattsmouth. She was a loving wife, mother, and homemaker. Mary had worked at Mom's Café, A & M Cleaners, and as an in home healthcare provider all in Plattsmouth. Mary was a member of the Plattsmouth Bible Church and she was active in the Plattsmouth Bible Church Food Pantry. She had received the Nebraska Funeral Directors Association Hero Award. She is survived by her two daughters: Gayle Mather-Schultz and husband Ray of Plattsmouth, NE, Wendy McCollum and husband Ricky of Plattsmouth, five grandchildren: Joshua Mather, Kory Mather, Kaleb Mather, Brianna Mather, Cassie McCollum, two great grandchildren: Wesley Meisinger, Tatem Elizabeth McCollum, Mary was one of eleven children in the Olson family, she was especially close to her sister: Shirley Olson and brother Harold "Hobo" Olson, numerous nieces, nephews, cousins, and many friends. She was preceded in death by her parents: Harold and Gwendolyn Olson, husband: Sonnie Mather, and sister: Julie Strom. A Memorial Service will be held at 10:30 A.M., Wednesday, October 7, 2015 at the Plattsmouth Bible Church in Plattsmouth with Pastor Michael Wolfe officiating. Memorials to the Family (A suitable charity will be chosen at a later date).

The family of Mary Joann Mather created this Life Tributes page to make it easy to share your memories.

Send flowers to the Mather family.