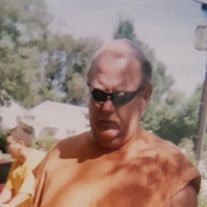 MICHAEL LEE DITTEMORE 1964 – 2022 Michael “Ditty” Lee Dittemore age 57 of Plattsmouth, NE passed away on Saturday, January 8, 2022 at the Nebraska Medical Center in Omaha, NE. Michael was born on January 23, 1964 to Melvin Lee and Dorothy Marie (Keenan) Dittemore in Omaha. Ditty was raised and schooled in Plattsmouth and he graduated from Plattsmouth High School with the class of 1981. Michael met Terri Lynn Kennedy and they later married on May 19, 1990 at St. Luke’s Episcopal Church in Plattsmouth. Michael and Terri built a great life with each other in Plattsmouth. They raised Terri’s two children together as well as their grandson Tyler Kennedy. Ditty was a man of hard labor, he worked for the local sand and gravel companies driving a truck for many years. Then he started Dittemore Construction and he successfully became everyone’s best handyman. Later Dittemore Construction became MTD Enterprises. While he was working, Michael went to college and he earned his Stationary Engineering Degree at Metropolitan Community College. During that time he worked at Metro Area Transit for fifteen years. Then Ditty decided to be an over the road truck driver for his best friend Chopper Block. Michael‘s hobbies included drag racing and collecting firearms. He spent many years racing cars, building them, and he even tried to get all of his grandchildren involved in racing. After racing, Michael decided to take an interest in collecting firearms. He took the time to gather many different guns. He even got Tyler involved in collecting guns. Michael was the best father to Kelly and Bobby Kennedy and most importantly he was the best grandfather to his grandchildren. He always wanted his grandchildren close and he taught them so much. Michael showed them how to have fun no matter the situation. Michael was a great husband, father, and grandfather to his family. He was their rock, their protector, and he gave all the love they could ever ask for. He is survived by his wife: Terri Dittemore of Plattsmouth, NE; daughter: Kelly Parker and husband Errol of Omaha, NE; eight grandchildren: Tyler Kennedy and his fiancé Suzie Haliburton, Kendrik Parker, Johnna Parker, Skyler Wendling, Cal Kennedy, Ethan Kennedy, Tucker Kennedy and Alexis Gregerson; two great grandchildren: Jack Riley and Bobbi Rae; his brother: Tom Dittemore and his wife Linda of Littleton, CO; numerous nieces, nephews, cousins, and many friends. Michael is preceded in death by his parents: Melvin and Dorothy Dittemore, his sister: Linda Glines, nephew: Jimmy Glines, his brother: Randy Dittemore, and son: Bobby Kennedy. Visitations will be held from 1:00 to 8:00 P.M., with the family greeting relatives and friends from 6:00 to 8:00 P.M. on Friday, January 14, 2022 at Roby Funeral Home in Plattsmouth. A Funeral Service will be held at 10:30 A.M., Saturday, January 15, 2022 at Roby Funeral Home with Pastor Jim Spanjers officiating. The Pallbearers will be James “Chopper” Block, Dustin Burgess, Jason Halagarda, Tyler Kennedy, Jeremy Larsen, Errol Parker, Kendrik Parker, and Casey Vanhelten. His Final Resting Place will be at Pleasant Ridge Cemetery in Plattsmouth. Memorials to The Family (a suitable charity will be chosen at a later date). Services are entrusted to Roby Funeral Home, 346 Avenue A, Plattsmouth, NE 68048 (402) 296-3123 [email protected] www.robyfuneralhome.com

The family of Michael Lee Dittemore created this Life Tributes page to make it easy to share your memories.

Send flowers to the Dittemore family.