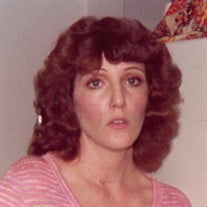 PAMELA ANN GRAY 1949 – 2020 Pamela “Pam” Ann (Altschaffl) Gray age 70 of Plattsmouth, NE passed away on Thursday, January 9, 2020 at her residence. Pam was born on May 12, 1949 to John and Helen Louise (Yardly) Altschaffl in Nebraska City, NE. She was raised and schooled in Plattsmouth and she graduated from Plattsmouth High School with the class of 1967. After graduating from high school, she worked at Western Electric. Pam met Roy Gary and they were later married in Tulsa, OK. Pam and Roy made their home in Plattsmouth and Pam managed numerous apartment complexes. Then they moved to Arkansas, where she worked at the Walmart Corporate office for many years. Pam and Roy moved back to Plattsmouth and she continued working at Walmart in Papillion, NE until she retired. After Pam retired she worked part-time at The Nebraska Masonic Home in Plattsmouth. She loved spending time with her family and friends but Pam especially loved cuddling with, the love of her life, her cat Jonsey. She is survived by daughter: Angela Black of Colorado; her mother: Helen McColluch and husband LeRoy of Plattsmouth, NE; her brother: Terry Altschaffl of Elliott, IA; niece: Laurie Biggs and husband Chad of Plattsmouth, NE; Alexis’s father: Mark Altschaffl and wife Tami of Elliott, IA; three great nieces: Alexis Langenfeld of Plattsmouth, NE; Makayla Altschaffl of Elliott, IA; Abigail Altschaffl of Elliott, IA; nephew: Dale Langenfeld of Omaha, NE; numerous family members, and many friends. Pam was preceded in death by her father: John Altschaffl, husband: Roy Gray, brother: Stephen Altschaffl, his step-father: Harold Pelton, and sister-in-law: Nancy (Altschaffl) Shoemaker. A Celebration of Life will be held from 5:00 P.M. until 8:00 P.M. on Wednesday, January 15, 2020 at Roby Funeral Home. Memorial to the Humane Society. Services Entrusted to Roby Funeral Home, 346 Ave. A, Plattsmouth, NE 68048. (402) 296-3123 robyfuneralhome.com

The family of Pamela Ann Gray created this Life Tributes page to make it easy to share your memories.

Send flowers to the Gray family.