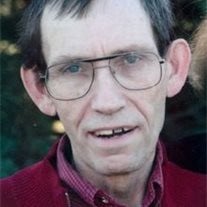 PAUL EDWARD BUSCH 1947 – 2015 Paul "Ed" Edward Busch age 68 of Beaver Lake, NE peacefully passed away on Saturday, June 13, 2015 after a long illness of Huntington's Disease at the Parsons House on Eagle Run in Omaha, NE. He was born on May 21, 1947 to Joseph Lawrence and Barbara Jean (Wright) Busch in Des Moines, IA. Ed was raised and schooled in De Soto, IA and graduated from Van Meter High School with the class of 1966. After graduating from high school, he attended and graduated from Boone Junior College in Boone, IA with an Associate's Degree in Architectural Drafting. Ed married Joan Helen Stelpflug on May 11, 1968 in Waukee, IA. Ed was an avid sportsman who enjoyed hunting, fishing, golfing, tennis and cheering for his children's sports. He was always tackling home improvement and building projects. He was a member of the Church of The Holy Spirit in Plattsmouth and a former member of the Knights of Columbus in Brookings, SD. Ed is survived by his loving wife of 47 years: Joan Busch of Beaver Lake, NE, four children: Gregory Busch and wife Julie of Omaha, NE, Gwen ZumBrunnen and husband Troy of Libertyville, IL, Garrin Busch and fiancée Renata Miketic of Plattsmouth, NE, Gabe Busch and wife Katie of Plattsmouth, NE, eight grandchildren: John, Joshua Paul, Cassidy, Bryson, Breck, Blake, Bailey, & Brody, brother: Gene Busch and wife Jane of Earlham, IA, numerous nieces, nephews, cousins, and many friends. He was preceded in death by his parents: Joseph and Barbara Busch and his brother: Carl Busch. A Funeral Mass will be held at 10:00 A.M., Thursday, June 18, 2015 at the Church of The Holy Spirit in Plattsmouth with Father Loras K. Grell officiating and Terry Little as vocalist. Visitation will be held Wednesday, June 17, 2015 from 4:00 to 7:00 P.M., followed by a Rosary Service at 7:00 at the Church of The Holy Spirit. The Burial will be held at 3:30 P.M., Thursday, June 18, 2015 at Oakland Cemetery in De Soto, IA with Father Wayne Gubbels officiating. The Honorary Pallbearers will be David Busch, Joey Busch, Josh Busch, C.W. Busch, Joshua Paul Busch, Eric Cavanaugh, and Jay Stutzman. In lieu of flowers the family has asked for donations the Huntington's Disease Research and Education Fund. Kindly make checks payable to University of Nebraska Foundation.

The family of Paul Edward Busch created this Life Tributes page to make it easy to share your memories.

Send flowers to the Busch family.