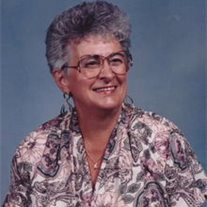 REGINA ANNABELLE PEDERSON 1925 – 2014 Regina "Jean" Annabelle (Pilon) Pederson age 88 of Bellevue, NE passed away on Thursday, May 8, 2014 at her daughter's residence in Beaver Lake, NE. She was born on September 23, 1925 to Emay and Delphine (Collette) Pilon on her family's farm in Grafton, ND. Jean was raised on the family farm and attended grade school in Grafton. She graduated from Grafton High School with the class of 1943. After graduating from high school, Jean moved to Fargo, ND and worked for the IRS for 4 years. Jean met her first husband Duane Edward Munter and they were later married in 1946 in Fargo. She was a wife, mother, homemaker, and worked as a secretary at Western Auto Parts for 40 years until 1980. She met her second husband Marvin Pederson and they were later married in 1980 in Grafton, ND. Jean helped Marvin run his jewelry store until he passed away in 1984. After Marvin's death, Jean worked at the North Dakota State School for six to seven years until in 1992 when she retired and moved to Bellevue, NE. She was a member of the Church of the Holy Spirit and the PCCW both of Plattsmouth, NE. Jean was also a lifetime member of the Fraternal Order of Eagles Aerie #154 Ladies Auxiliary of South Omaha, NE. Jean is survived by her daughter: Patti Neumann and husband Charlie of Beaver Lake, NE, grandson: Chase Neumann of Beaver Lake, NE, two step grandchildren: Kiel Neumann and wife Jayme of Lincoln, NE, Heather Montgomery and husband Simon of Littleton, CO, step great granddaughter: Rowan Montgomery of Littleton, CO, two brothers: Jerome Pilon of Grand Forks, ND, Frank Pilon and wife Lenore of Baxter, MN, sister-in-law: Flora Pilon of Grafton, ND., numerous, nieces, nephews, cousins, and many friends. She was preceded in death by her parents: Emay and Delphine Pilon, first husband: Duane Munter (1974), second husband: Marvin Pederson (1984), and her brother: Oliver Pilon. A Funeral Mass will be held at 10:30 A.M., Wednesday, May 14, 2014 at Church of The Holy Spirit in Plattsmouth, NE with Father Loras K. Grell officiating, Ron Reineke as acolyte, Kiel Neumann as lector, Terry Little as vocalist, and Jolene Rogge as organist. A Rosary followed by Vigil will be held at 7:00 P.M., Tuesday, May 13, 2014 at the Church of The Holy Spirit in Plattsmouth, NE. Visitations will be held from 1:00 P.M. to 5:00 P.M. on Tuesday, May 13, 2014 at Roby Funeral Home in Plattsmouth, NE. The Pallbearers will be Bob Pilon, Dwight Pilon, Kiel Neumann, Noel Pilon, Terry Pilon, and Todd Wangler. A Graveside Service will be held at 10:30 A.M., Thursday, May 15, 2014 at Sunset Memorial Gardens in Fargo, ND with Father Duaine Cote officiating. The family suggests memorials to the Humane Society, American Cancer Society, and/or for Masses at Church of The Holy Spirit.

The family of Regina "Jean" Annabelle Pederson created this Life Tributes page to make it easy to share your memories.