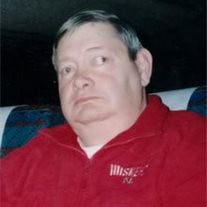 RICHARD L. MARTIN 1942 – 2014 Richard L. Martin age 71 of Plattsmouth, NE passed away peacefully on Monday, September 22, 2014 at his home. Richard was born on December 14, 1942 to Divitt Corwin and Katherine (Hiner) Martin in Louisville, NE. When he was four years old, he moved to Plattsmouth, NE with his family. Richard graduated from Plattsmouth High School with the class of 1962. He enlisted and served in the Army Reserves from 1964 until 1993. While in the reserves, Richard received the Soldier of the Year Award in 1983 and 1990 through 1994. He was also awarded the Military Reservist of the Year in 1983 at the Kass Kounty King Korn Karnival in Plattsmouth. Richard had worked at Kaiser Fertilizer Plant in Bellevue, NE. He met Judy Ann Stivers and they later married on November 20, 1970 at the First Christian Church in Glenwood, IA. Richard and Judy made their home and raised their three children in Plattsmouth. He worked at the Plattsmouth High School as the Grounds Keeper and Custodian and later at the Glenwood Resource Center until he retired in 2007. Richard volunteered his time at Plattsmouth High School football games on the chain crew as the down maker holder, as an umpire at softball games, and a referee at football games. He was an avid Nebraska Cornhuskers Fan, GO BIG RED! He was a member of First Christian Church in Plattsmouth, NE. Richard is survived by his wife: Judy Martin of Plattsmouth, NE, son: Vince Martin and wife Kelli of Lompoc, CA, two daughters: Lisa Pierson and husband Kent of Oakland, IA, Amy Martin and Charles Morrison of Plattsmouth, NE, six grandchildren: Scott Martin, Camryn Pierson, Wynstyn Martin-Morrison, Kyndal Martin, Iyan Martin-Morrison, Allyee Pierson, brother: Tom Martin of Boise, ID, sister: Phyllis Williams and husband Gary of Pacific Junction, IA, numerous nieces, nephews, cousins, and many friends. He was preceded in death by his parents: Divitt and Katherine Martin, nephew: Rick Martin, and baby sister: Mary Jo Martin. A Memorial Service will be held at 10:30 A.M., Friday, September 26, 2014 at First Christian Church in Plattsmouth, NE with Pastor Brian Galloway officiating and Joel Walker as eulogist. Memorials to V.N.A. Hospice or to Family Choice.

The family of Richard L. Martin created this Life Tributes page to make it easy to share your memories.

Send flowers to the Martin family.