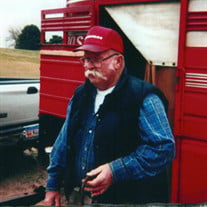 RONALD DUANE ROOKSTOOL 1941 – 2022 Ronald “Ron” Duane Rookstool age 80 of Plattsmouth, NE passed away on Thursday, March 10, 2022 at Hillcrest Shadow Lake in Papillion, NE. Ron was born on November 24, 1941 to Ora Lee Sr. and Emma Elizabeth (Hinrichsen) Rookstool in Omaha, NE. He was raised and schooled in Omaha and he graduated from Omaha Tech High School with the class of 1959. After graduating from high school, Ron worked for the Metropolitan Utilities District until 1964 when Ron started working as a fire fighter at the Omaha Fire Department. He met the love of his life, Dorene Rose Friesen and they were later married on October 4, 1965 in Omaha, NE. Ron and Dorene made their home and raised their three daughters in Omaha until 1976 when they moved to Plattsmouth. Ron became a farrier because he and Dorene loved riding, raising, and caring for horses. While at the fire department, he became and worked as an E.M.T. Paramedic for the Omaha Fire Department until Ron retired in 1991. After retiring from the fire department, Ron was a school bus driver for Conestoga Schools for three years and then for Plattsmouth High School for several years. Ron also was a blacksmith during his last fifteen years, he enjoyed doing blacksmithing demonstrations with his daughter Keri. He was a member of Hosanna Lutheran Church in Plattsmouth, Bee Hive Lodge #184 in Omaha, and the Prairie Blacksmith Association. Ron is survived by his three daughters: Keri Younker and her late husband Rick of Plattsmouth, NE; Julie Rookstool of Plattsmouth, NE; Tracy Lang and her husband Michael of Littleton, CO; four grandchildren: Amie Scurlocke and her husband Shane, Amber Younker, Dream Lang, and Willow Lang; and one great granddaughter: Aurora Scurlocke; and numerous nieces, nephews, cousins, and friends. Ron was preceded in death by his parents: Ora Sr. and Emma Rookstool, wife: Dorene Rookstool, son-in-law: Rick Younker, four sisters: Elaine Kacin, Gloria Carroll, Edna Miller, and Joyce Aschenbrenner, and three brothers: Ora Lee Rookstool Jr., Donald Rookstool, and Richard Rookstool. Visitations will be from 1:00 to 8:00 P.M., with family greeting relatives and friends from 6:00 to 8:00 P.M., on Thursday, March 17, 2022 at Roby Funeral Home. A Funeral Service will be held at 11:00 A.M., Friday, March 18, 2021 at Hosanna Lutheran Church in Plattsmouth with Pastor Jim Spanjers officiating and Connie Halouska as organist. The Pallbearers will be Shane Scurlocke, Larry Kress, John Aschenbrenner, Fred Villeme, Vernon Grasshorn, and Roberto Macedo. The Honorary Pallbearers will be Jerry Aschenbrenner and Michael Lang. His Final Resting Place will be at Pleasant Ridge Cemetery in Plattsmouth. Memorials to Hosanna Lutheran Church. Services are entrusted to Roby Funeral Home, 346 Avenue A, Plattsmouth, NE 68048 (402) 296-3123 [email protected] www.robyfuneralhome.com

The family of Ronald Duane Rookstool created this Life Tributes page to make it easy to share your memories.

Send flowers to the Rookstool family.