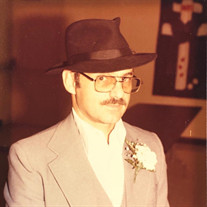 ROY ROSARIO MURABITO 1934 – 2020 Roy Rosario Murabito, age 86 of Mynard, NE passed away on Friday, November 20, 2020 at Prestige Care Center of Plattsmouth. Roy was born on July 1, 1934 to Salvatore “Sam” and Mildred (Baitsell) Murabito in Oswego, NY. He was raised and schooled in Rome, NY. He graduated from Rome High School with the class of 1952. After graduating from high school, he enlisted in the U.S. Navy and later transferred to the U.S. Air Force. He met Norma Ruth Martin and they married on December 8, 1955 in Prairie Grove, AR. Roy proudly served his country for twenty plus years during the Korea Conflict and the Vietnam War. He was stationed in many locations in the U.S. and overseas, until he and Norma settled in Murray, NE while he built their home in Mynard. Roy attended and graduated from the University of Nebraska at Omaha with a Bachelors of Arts Degree in History. He was the Regional Manager of Northwest Microfilm, when he retired. He was a member of the Air Force Sergeants Association, past President of The Eastern Nebraska Western Iowa Car Council, Cross Rods Car Club, Experimental Aircraft Association, and was a past Lord of the Plattsmouth Harvest Festival. Roy is survived by his wife: Norma Murabito of Mynard, NE; son: Samuel Murabito of Plattsmouth, NE; daughter: Dr. Maria Olberding and husband, Mark, of Collins, IA; five grandchildren: Nicholas Murabito, Rebecca Murabito, Theresa Olberding, James “Jamie” Olberding, and Joseph Olberding; his sister: Mary Joan Centro of Ava, NY; numerous nieces, nephews, cousins, and many friends. He is preceded in death by his parents: Sam and Mildred Murabito and his two brothers: Joseph Murabito, Robert "Bobby" Murabito. A Celebration of Life will be held at a Later Date. His Final Resting Place will be at Omaha National Cemetery. Memorials to the Family (A suitable charity will be chosen at a later date). Services entrusted to Roby Funeral Home, 346 Ave. A, Plattsmouth, NE 68048 (402) 296-3123 robyfuneralhome.com

The family of Roy Rosario Murabito created this Life Tributes page to make it easy to share your memories.

Send flowers to the Murabito family.