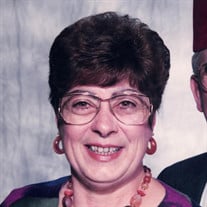 SHEILA KAYE SPECK 1940 – 2020 Sheila Kaye (Marsh) Speck, age 79 of Plattsmouth, NE passed away on Thursday, November 19, 2020 at the Bellevue Medical Center in Bellevue, NE. She was born on December 24, 1940 to Joe Keith and Beulah Viola (Corning) Marsh in Falls City, NE. She was raised and schooled in Salem, NE until 1953 when Sheila moved with her family to Plattsmouth. She attended and graduated from Plattsmouth High School with the class of 1958. She met and later married Jay Henry Speck on April 9, 1960 at First Presbyterian Church in Plattsmouth. Sheila and Jay made their home and raised their daughter in Plattsmouth. She worked as a legal secretary in Plattsmouth until she started her career as a transcriptionist in the legal offices at Offutt Air Force Base in Bellevue. Sheila retired from Offutt after twenty years of service. She was a loving wife, mother, grandmother, and great grandmother. Sheila was a member of Order of Eastern Star Home Chapter #189, she was the Associate Guardian of Job’s Daughters Bethel #24 both of Plattsmouth, and she was the Associate Grand Guardian of Job’s Daughters of Nebraska. She was also was a member of the Daughters of Nile of the Tangier Shrine and the Social Order of the Beauceant both of Omaha, NE. She is survived by her husband: Jay Speck of Plattsmouth, NE; daughter: Benne Jo Speck of Plattsmouth, NE; two grandsons: Nash Speck-Van Helton of Plattsmouth, NE; Casey Speck-Van Helton and wife Maddie of Plattsmouth, NE; three great grandchildren: Braelyn, Riley, and Miles; numerous nieces, nephews, cousins, and many friends. She is preceded in death by her parents: Joe and Beulah Marsh and her brother: Ronald Marsh. A Graveside Service will be held at 11:30 A.M., on Monday, November 23, 2020 at Oak Hill Cemetery in Plattsmouth with Pastor Matthew Coplen officiating. The Pallbearers will be Brett Bennett, Jon Schuetz, Verl Steinshouer, Tom Gregg, Gary Rieke, and Josh Foster. Her Final Resting Place will be at Oak Hill Cemetery in Plattsmouth. Memorials to The Nebraska Masonic Home or Order of Eastern Star Home Chapter #189 both of Plattsmouth. Services entrusted to Roby Funeral Home, 346 Ave. A, Plattsmouth, NE 68048 (402) 296-3123 robyfuneralhome.com

The family of Sheila Kaye Speck created this Life Tributes page to make it easy to share your memories.

Send flowers to the Speck family.