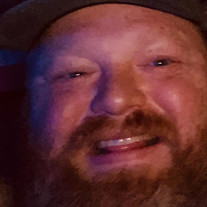 TADD MATTHEW BALFOUR 1975 – 2020 Tadd Matthew Balfour of Lake Waconda, NE passed away on Saturday, August 15, 2020. Tadd's life ended while driving to Lake Waconda, the place he loved the most. He was born in Lincoln, NE on April 23, 1975, Tadd was 45 years, 3 months and 23 days old. He was too young to leave, but made the most out of his short stay. He never met a stranger and made new friends easily especially at "Widespread Panic" shows. Music was a passion of his as was photography, country-road trips, Nebraska Cornhuskers and many other sports teams. But his biggest passion was his son, Pierce, age 7, whom was the love of his life. Tadd graduated from Lincoln Southeast High School in 1993 and went on to graduate from the University of Texas in Austin, majoring in Business Administration with a specialization in IT. He lived in Austin, TX from 1993 until 2019. While there he worked at several IT companies before starting his own company, Net A Star Solutions in 2019, which is when moved back to Lincoln, NE/Lake Waconda. He leaves behind a daughter: Sophie Lorenz of Lincoln; a son: Pierce Balfour and former wife: Nikki Scheinost both of Austin, TX; his parents: Neil and Neila Balfour of Lincoln, NE; a brother: Chris Balfour and wife Teresa (Parde), and nephew: Adrian Balfour all of Omaha, NE; and many more relatives, great friends, and acquaintances. Tadd was preceded in death by both his maternal and paternal grandparents and an aunt. A Private Family Memorial Service will held at a later date. His Final Resting Place will be at Mount Pleasant Cemetery in Nehawka, NE. Memorials can be sent to the Pierce Balfour Educational Trust in care of Neil and Neila Balfour in Lincoln, 2212 East Lake Shore Drive, Union, NE 68455. Services Entrusted to Roby Funeral Home, 346 Ave. A, Plattsmouth, NE 68048 (402) 296-3123 robyfuneralhome.com

TADD MATTHEW BALFOUR 1975 &#8211; 2020 Tadd Matthew Balfour of Lake Waconda, NE passed away on Saturday, August 15, 2020. Tadd's life ended while driving to Lake Waconda, the place he loved the most. He was born in Lincoln, NE on April... View Obituary & Service Information

The family of Tadd Matthew Balfour created this Life Tributes page to make it easy to share your memories.

Send flowers to the Balfour family.