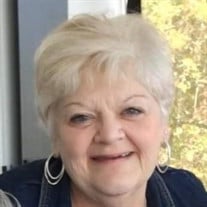 TINA ELIZABETH KIDD 1961 – 2022 Tina Elizabeth (Simon) Kidd age 60 of Council Bluffs, IA passed away surrounded by her family and friends on Saturday, April 16, 2022 at the Mercy Hospital in Council Bluffs, IA. She was born on August 8, 1961 to Theodore “Teddy” E. Simon Jr. and Mary Elizabeth Weathersby in New Orleans, LA. She was raised and schooled in New Orleans and she graduated from John Ehret High School in Marrero, LA with the class of 1979. Tina lived in New Orleans, LA, Edmond, OK, Houston, TX, Brentwood, CA, and Murray, NE. She was a homemaker, mother, and grandmother. Tina would do anything and everything for her family and friends. If anyone ever needed anything she would drop everything to help. She was there to simply talk or provide a warm meal for a party of 50. She was a wonderful cook and could whip up a batch of jambalaya or gumbo, whenever anyone asked her to. Tina operated a daycare and preschool in her home for many years while living in California and she worked as a paraprofessional at the elementary school in Murray. Tina made her home in Council Bluffs for the last four years. She was a member of Murray Presbyterian Church in Murray. Tina is survived by her three sons: Kory Kidd and his wife Serene of Bellevue, NE; Kyle Kidd and his wife Alyssa of Nebraska City, NE; Kris Kidd and his fiancée Krystal of Omaha, NE; five grandchildren: Wilder Kidd, Khale Kidd, Apollo Kidd, Maverick Kidd, and Madelyn Kidd; step-father: Nick Weathersby, lovingly referred to as “Pop” of Mendenhall, MS; step-mother: Susan Simon of Marrero, LA; her sister: Toria Baudot and her husband Craig of New Orleans, LA; her two soul sisters: Denise Duffy of Plattsmouth, NE; Dorla Kliegl of Beaver Lake, NE; her Utah family, William Ralph Sipes (Janice), Siblings: Sabrina Nistler, Darren Sipes (Stacie), Racquel Augat (Gordon), Karrene Nokes (Trent) and Alicia Robertson (David); numerous nieces, nephews, cousins, and many friends. She was preceded in death by her parents: Theodore “Teddy” Simon Jr. and Mary Weathersby and her granddaughter: Grace Elizabeth Kidd. Visitations will be held from 10:00 A.M. to 11:00 A.M., on Friday, April 22, 2022 at Roby Funeral Home in Plattsmouth. A Memorial Service will be held at 11:00 A.M., Friday, April 22, 2022 at Roby Funeral Home. Her Final Resting Place will be at Oak Hill Cemetery in Plattsmouth. Memorials to the Family. Services are entrusted to Roby Funeral Home, 346 Avenue A, Plattsmouth, NE 68048 (402) 296-3123 [email protected] www.robyfuneralhome.com

The family of Tina Elizabeth Kidd created this Life Tributes page to make it easy to share your memories.

Send flowers to the Kidd family.