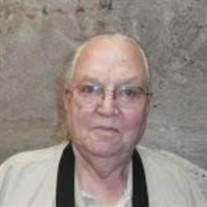 TOMMY DEAN BIRDWELL 1940 – 2020 Tommy Dean Birdwell, age 80 of Murray, NE passed away on Tuesday, December 15, 2020 at his residence. He was born on March 16, 1940 to Charles Edward and Louise E. (Gibson) Birdwell in Clarksville, TN. He was raised and schooled in Clarksville and he enlisted in U.S. Air Force at the age of seventeen. He met Yvonne “Bonnie” Suarez, while he was stationed at MacDill A.F.B. in Tampa, FL. Tommy and Bonnie later married on April 26, 1969 in Tampa. Tommy was stationed at Eielson A.F.B. near Fairbanks, AK, George A.F.B. in Victorville, CA, and at Offutt A.F.B. in Bellevue, NE. Tommy retired from the Air Force in 1987 and he proudly served his country for thirty years during the Korea Conflict and the Vietnam War. Tommy and Bonnie settled in Murray. He was a member of the Tanana Valley Masonic Lodge and Toastmasters in Fairbanks, AK. Tommy is survived by his wife: Bonnie Birdwell of Murray, NE; son: Greg Birdwell and wife Christina of Dallas, TX; daughter: Anita Huebner and husband David of Billings, MT; four grandchildren: Sullivan Huebner, Ellianna Birdwell, Olivia Birdwell, and Grant Huebner; numerous nieces, nephews, cousins, and many friends. He is preceded in death by his parents: Charles and Louise Birdwell, son: Vince Edward Birdwell, and three brothers: Jimmy, Bobby, and Jerry Birdwell. A Memorial Service will be held at a later date. His Final Resting Place will be at the Omaha National Cemetery in Omaha, NE. Services entrusted to Roby Funeral Home, 346 Ave. A, Plattsmouth, NE 68048 (402) 296-3123 robyfuneralhome.com

The family of Tommy Dean Birdwell created this Life Tributes page to make it easy to share your memories.

Send flowers to the Birdwell family.